The Development Trend of Gabion Nets!

Gabion Basket Suppliers share with you about the development trend of gabion nets, hope it will be helpful to everyone

Gabion nets originated in China and are also called gabion nets. Gabion nets first used wicker or bamboo slats to reinforce and build dams in the upper reaches of the Yangtze River, which solved many problems at that time. This is also the earliest gabion net in China. Application form, gabion net is a wire mesh that binds stones together. It is an effective way to solve some ecological problems. With the advancement of history and technology, its materials have been greatly improved, and the current gabion net is more stable. Well, it is more widely used. The gabion net was first used in the military field. It was used to fill soil and set up barriers to resist enemy fire. 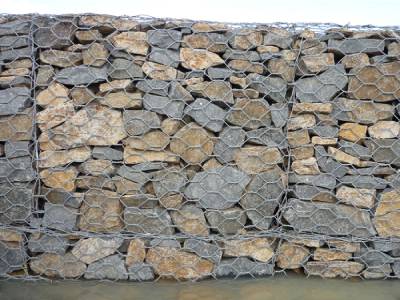 Gabion nets are usually used for building foundation pit protection, hillside protection, railway and highway fences, etc. The most effective use is to protect dams and seawalls and water conservancy projects used to throttle rivers from being washed away by rivers. Due to the ruthless water and fire, some rivers Lakes are scoured and destroyed river banks all year round, which is especially easy to cause floods. While destroying people’s property, it also destroys the environment and leads to soil erosion. Especially in the rainy season, when the water level of the river rises, the most important role of gabion nets is to protect the dam. On the river bank, many river beds have been protected by gabion nets for decades.

The Gabion Net used by Chinese companies is mainly made of iron wire, filled with sand and gravel, and used for flood prevention and disaster relief. At the beginning, it played an unexpectedly good protective effect when it was not noticed by people. Therefore, it has been applied to the present, and Italy is also the first One of the countries that use gabion nets, they use bagged gabions to repair and strengthen river banks. At that time, due to social material and environmental problems, the service life of the bagged gabion net was short and could not be used after one year. It needed to be re-reinforced, which was expensive and inconvenient.

Now, due to the rise of new materials in China, these problems have been solved. The currently developed gabion net materials have the advantages of long service life, time and cost saving, and environmental protection. The development of gabion nets is not a matter of one or two days. It has withstood the test of time and environment, which proves its stability and robustness, and also shows that it is becoming more and more important to the environmental protection in our lives.

Many modern gabion nets are galvanized gabion nets, and some companies use special processing techniques in other countries, which have the characteristics of strong corrosion resistance, high tensile strength, long service life, and wide range of use and management. Its various technical advantages have been widely used in urban gardens, buildings, river banks, river beds and slopes prone to debris flow. Of course, from the beginning of application research to the present, the flood problem in our lives has been initially solved. In actual combat, the net has been gradually improved again and again, becoming more robust and durable.

The company also provides a Side Slope Protection Net, if necessary, please feel free to contact us

Next: The Advantages and Uses of Gabion Nets